‘Gone but not forgotten’ – Akufo-Addo eulogises Rawlings a year on

•The president made a tweet to honour his memory

•A memorial-mass was held in his honour today

In a tweet made in the afternoon of Friday, 12 November 2021, exactly a year after his death, he expressed his heart in memory of the late president.

The tweet was accompanied by a picture of both the president and the former president together
“Gone but not forgotten. Continue to rest in peace, Comandante,” he wrote. 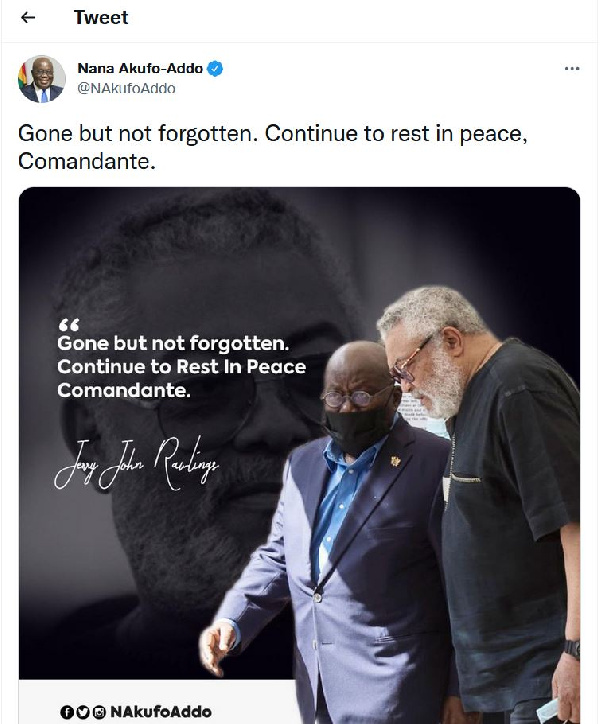 Of words and coronavirus

Govt investing in education, health, infrastructure in a way never seen before in Ghana – Gabby

Radio Gold, XYZ, others to get back old frequencies