Police have confirmed the arrest of a National Security operative amongst a robbery gang known to have been terrorizing residents of Weija and its environs.

Suspect Joseph Arkoh was arrested together with three others after they broke into the residence of their victims at Ajasco Red Top, Kokrobite, and made away with their personal effects on Thursday, November 18, 2021.

Speaking in an interview with Starr FM, the Director of Public Affairs-Police Service, Supt Alexander Obeng stated that investigations have so far confirmed the status of Joseph Arkoh as a National Security Operative.

He thus served notice that the police administration will not countenance security personnel engaging in criminal activities and will make sure culpable persons face the law.

“It’s already been confirmed that one of the arrested is a National Security Operative.”
“You cannot hide behind acrobatics, the law does not exempt anybody from criminal prosecution. Crime doesn’t pay. If you’re a compatriot, you better deliver a service that the general public approves rather than being a worker of crime. This is a clear indication to miscreants to refrain from committing crimes. The Police are ready and will not be perturbed,” he said.

Superintendent Obeng added that “it is important that it is reinforced that it doesn’t matter your profession, the position you occupy now, in the future or in the past. If you don’t comply with the criminal code of Act 29 of 1960 and you commit any crime you will have your day in court,” he added.

Benjamin Otoo alias Dada Joe, Tony Mensah Yedu alias Big Joe, Bismark Asabree alias Dagbano and Nana Yaw Arko, reportedly broke into their victims’ residence and forcibly made away with their three laptops, an iPhone 8 plus, three Infinix smartphones and Techno Cammon 7. Others were 1 Bluetooth speaker, an extension board, 3 phone chargers, 2 laptop chargers together with an unspecified amount of money.

Police after receiving a report of the incident mounted an 8-hour long special intelligence-led operation that led to the arrest of Benjamin Otoo, Tony Mensah Yedu and Bismark Asabree at their hideouts at Ajasco Red Top and New Aplaku on Saturday, November 20, 2021.

According to a police statement released on November 22, 2021, “suspect, Bismark Asabree later led the Police to arrest suspect Nana Yaw Arko, from his hideout at Labadi. A search on them led to the retrieval of 20 assorted phones, a taxi cab, 3 laptops, 1 motorbike, 1 locally manufactured pistol, a police vest, 1 Gota and 14 assorted wristwatches.”

The police said it was going to arraign the suspects before a court on Monday, November 22, 2021 while stepping up efforts to apprehend other accomplices. 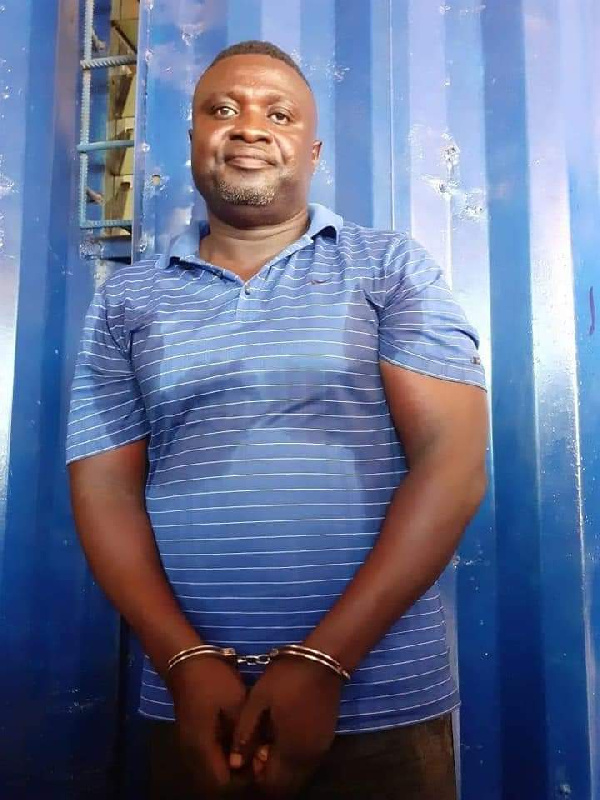 Walewale: Armed robbers kill one, injure another and bolt with Momo cash HOME

There is no hiding place for criminals in Kasoa – Police assures

Chief, 22 others arrested in a gun battle over chieftaincy dispute at Yamoah Nkwanta

Ghana is in a desperate state, gov’t must act now – Nunoo-Mensah

Ghana is in a desperate state, gov’t must act now – Nunoo-Mensah