The Police in the Ashanti Region on Thursday, November 4, 2021, undertook an intelligence-led operation that has resulted in the arrest of one robbery suspect.

Three others died during the operation after sustaining gunshot wounds.

According to the Police, it received intelligence that an attack was being planned on a businessman at Buokrom Estate.

The service through its Anti-Robbery Taskforce mounted a search operation of all vehicles entering the estate.

It was at this point that the four suspects attempted to fire at the police following which the Police returned fire and in the process, three were injured.

They were sent to the Komfo Anokye Teaching Hospital and died from gunshot wounds.

Read the full statement below 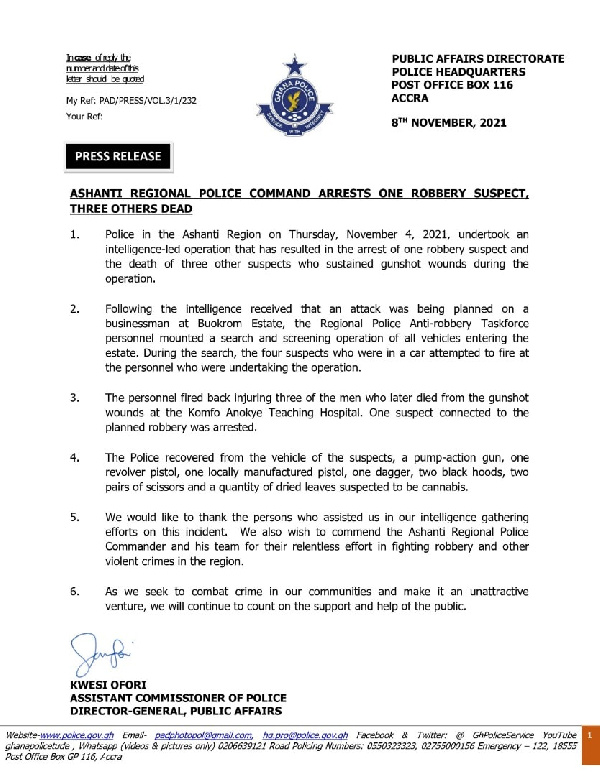 Documentary on 44 massacred Ghanaians in Gambia to be premiered Feb, 27