• Francis Xavier Sosu and others are seeking to amend Act 29

• The petition is through a Private Members’ Bill

Three Members of Parliament (MPs) are seeking to amend the Criminal and Other Offences Act, 1960 (Act 29), through a Private Members’ Bill, to prohibit practices by persons claiming to be witch doctors or witchfinders.

The Private Members’ Bill, according to the Memo, “is in furtherance of an earlier effort by the 7th Parliament to introduce this law pursuant to a Petition by the Sanneh Institute dated August 4, 2021.”

There have been instances in the country where individuals have suffered abuse all in the name of being labelled as “witches” by either their family or persons who have some ‘special’ powers to detect witchcraft.

Those who suffer such abuses are mostly older women.

On Thursday, July 23, 2020, a 90-year-old woman, Madam Akua Denteh was beaten to death in broad daylight at Kafaba near Salaga, a well-known slave market in the 18th and 19th centuries.

Madam Akua Denteh’s ordeal which went viral on social media platforms was brutal and classified unacceptable with rights groups calling for justice to be meted out and for specific legislation to prohibit the practice and situations which give rise to such treatment.

This created hysteria and public outcry with the Ghana Police Service placing GH¢2,000 for information which led to the arrest of some of the alleged culprits.

The first arrest the police made was the chief of Kafaba. 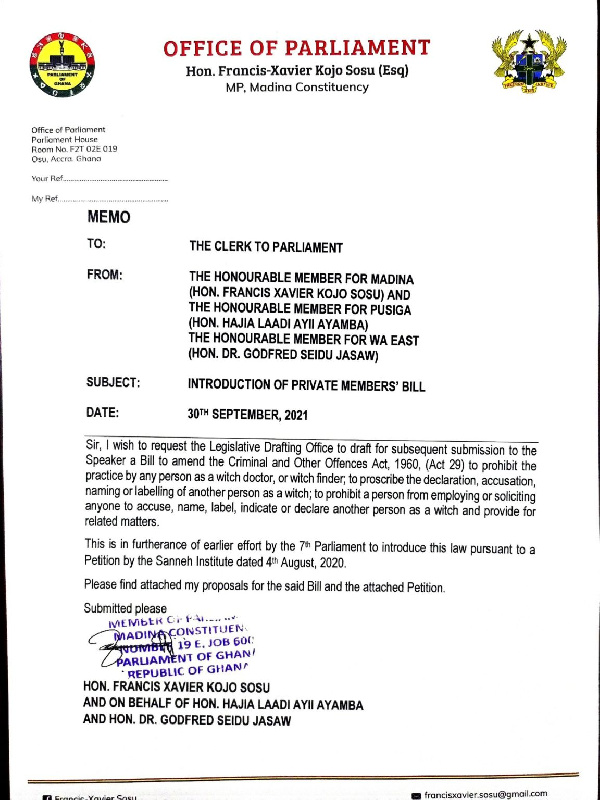 Rawlings loved the ordinary man on the streets – Ben Ephson